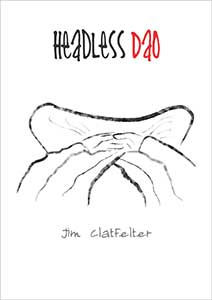 The verses that follow were written in the late 1990s on the Look For Yourself internet forum. I wrote them to draw attention to the similarities of the verses in Laozi's Dao De Jing to the writings of Douglas Harding on what he called Headless Seeing. Each verse is based on the corresponding verse of the Dao De Jing, but it is not a direct translation. The commentaries attempt not only to explain the connections between the Dao De Jing and Headless Seeing, but also to give you the means for seeing them yourself.

Over the years between 2000 and 2015, I modified many of the verses and commentaries to better to fit my newest understanding of the Daoist vision. I first encountered Laozi in the early 1960s and Douglas Harding about ten years later. The similarities between their views of life soon became apparent.

This little ebook is the result of thinking about and living these views over city years time. I hope you will find as much inspiration in their views as I have.