Nothing But This Moment 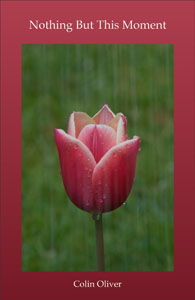 Many early poems are directly expressive of seeing into that transparent inner nature which I believe we all share but so often overlook. Later poems widen the scope but are suffused, I think, with the same essential awareness. I've carried some home from the fields and hedgerows intent on keeping observations spare and scrupulous. There are also bitter-sweet memories that have emerged into the light of the present involving people and experiences which I hold with a tenderness.

It's my hope that the reader will discover poems in this book which will seem like stepping stones to a place of stillness.